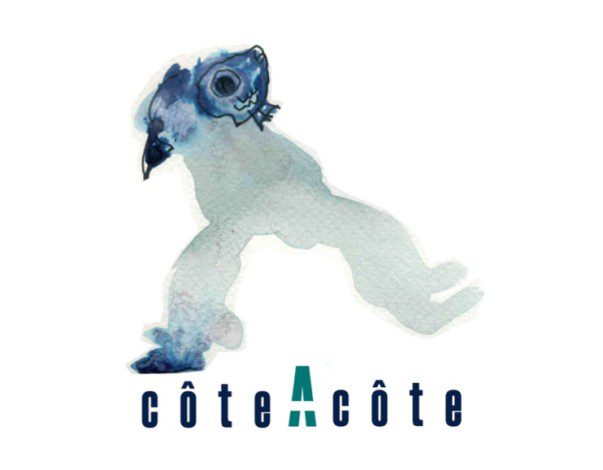 Le Cube – independent art room, Rabat, Morocco
Le Cube – independent art room launches the second edition of the “curators zone” with the project “Côte à Côte” by the artists Yassine Balbzioui and Matteo Rubbi.
Since 2013 Le Cube – independent art room aims to highlight the curatorial practice by inviting curators bringing new visions and dimensions to Le Cube. The selected curator has “carte blanche” to install a temporary project, the result of a process of reflection during a residence period at Le Cube.
For the second edition of “curator’s zone” Susana Moliner, member of La Companyia, a group of Spanish curators, in partnership with the Italian Association Cherimus organizes the project “Côte à Côte” during her stay in Rabat from November 1 to December 22, 2014 with the opening of an exhibition on November 20.
“Côte à Côte” is a collaboration project in situ realized by the Italian artist Matteo Rubbi and the Moroccan artist Yassine Balbzioui. The first phase will take place in Rabat, afterwards in Perdaxius, Sardinia, where the artists will deal with the social and subjective process that unfolds between these southern coastal cities.
For their research, the sky becomes the basis of reflection for Yassine Balbzioui and Matteo Rubbi. The common space between the hemispheres of the Mediterranean Sea and the Atlantic Ocean. The night sky as a physical place where the two “coasts” can encounter, where it is possible to start a dialogue between the artists and the two communities that will be involved in the project. Both night skies: the one of Rabat and the one of Perdaxius. The first belongs to a big city, between the mountains and the desert; the second is located at the coast of Sardinia, where the night sky is still resisting without ever missing.
In this unexplained common heritage Yassine Balbzioui andMatteo Rubbi will try to understand the areas where life is happening, breathing, the spaces where the daily life escapes the pure and rigid identity lines. Encountering the “côtes” (coasts) that regulate as well as the “côtes” that conduce to breathe, to be lived.
The exhibition was organized with the support of DE.MO./MOVIN’UP I sess. 2014, by MINISTERO DEI BENI E DELLE ATTIVITÀ CULTURALI E DEL TURISMO: Direzione Generale per il paesaggio, le belle arti, l’architettura e l’arte contemporanee, Direzione Generale per lo spettacolo dal vivo and GAI – Associazione per il Circuito dei Giovani Artisti Italiani 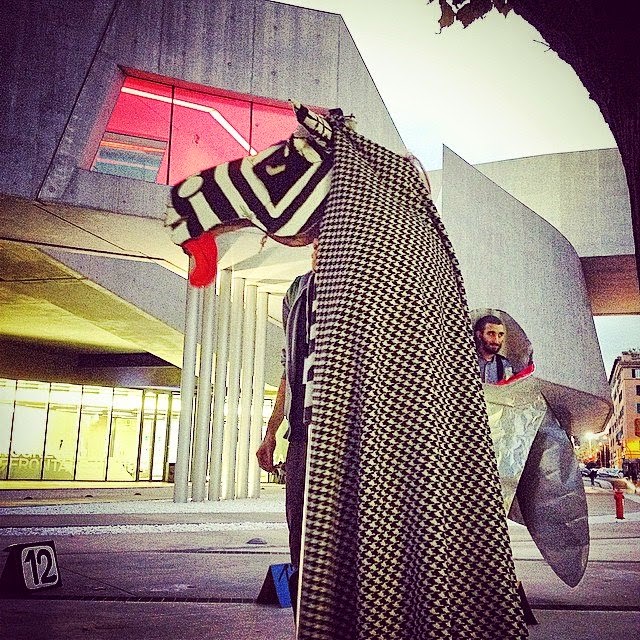 A variant of the classic Snakes and Ladders game, with 63 squares which symbolically retrace the stages of human life. Markers are the players themselves, as they move across a living board consisting of characters who represent animals: a jungle with which, along their way, they relate to the final square.

ENROLL BY SENDING AN EMAIL TO info@nomasfoundation.com INDICATING THE GAME AND THE DAY WHICH YOU PREFER TO ENJOY

Cherimus had it's first  appointment with Pinksie the Whale on Tuesday, May 13.  Daniella Isamit Morales, Isa Griese, Carlo Spiga, Matteo Rubbi, Derek Maria Francesco Di Fabio and Emiliana Sabiu joined the class 1A of the primary school in Via Oglio 18/20, Milan.

The artists and children had a colourful day of invention and adventure with drawings and new special friends: A mirrored penguin, Mr. Scribble and a flying Poo. The next adventure will be next Monday, May 19  with Michele Gabriele, Jonathan Vivacqua and T-yong Chung. 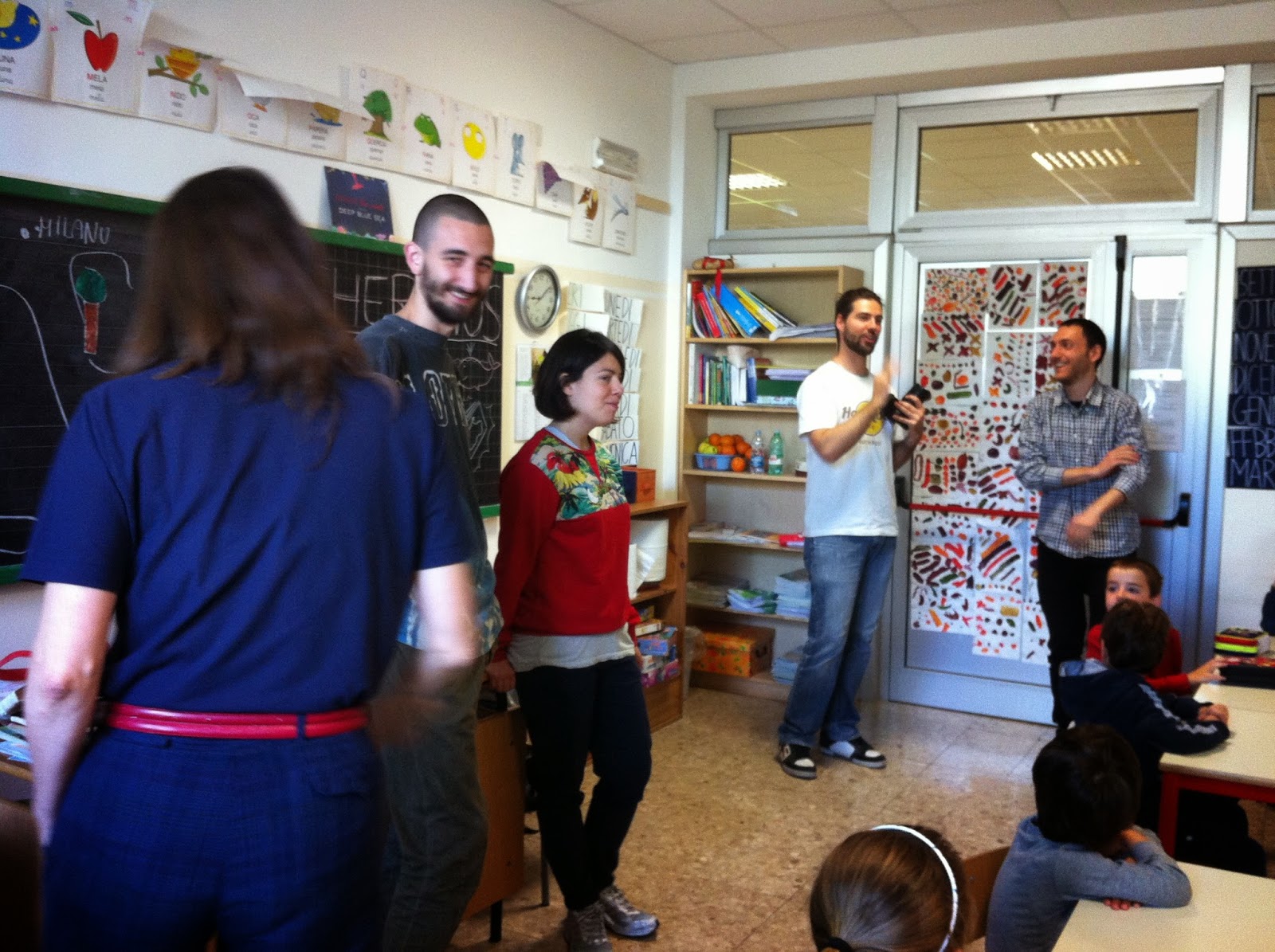 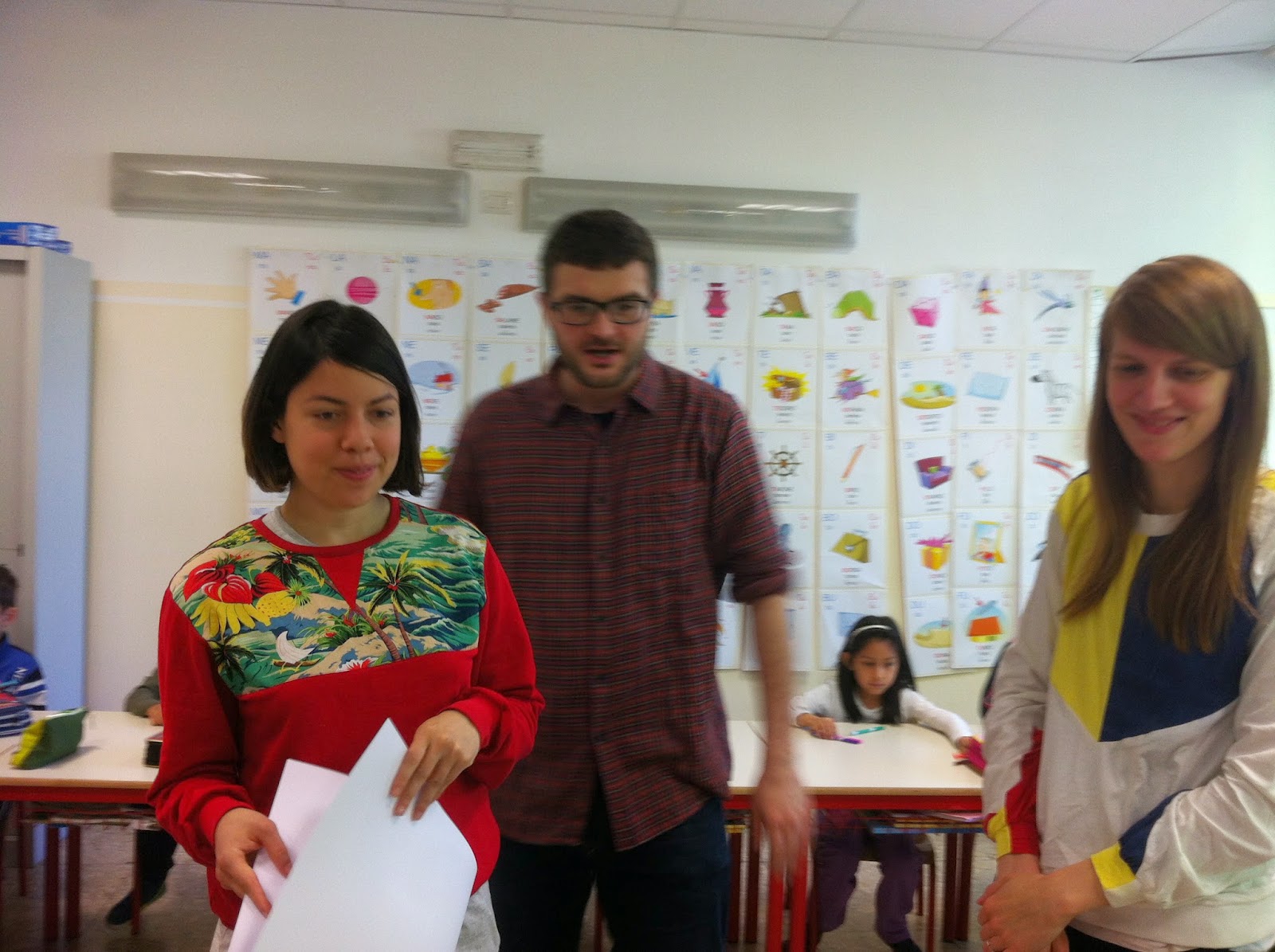 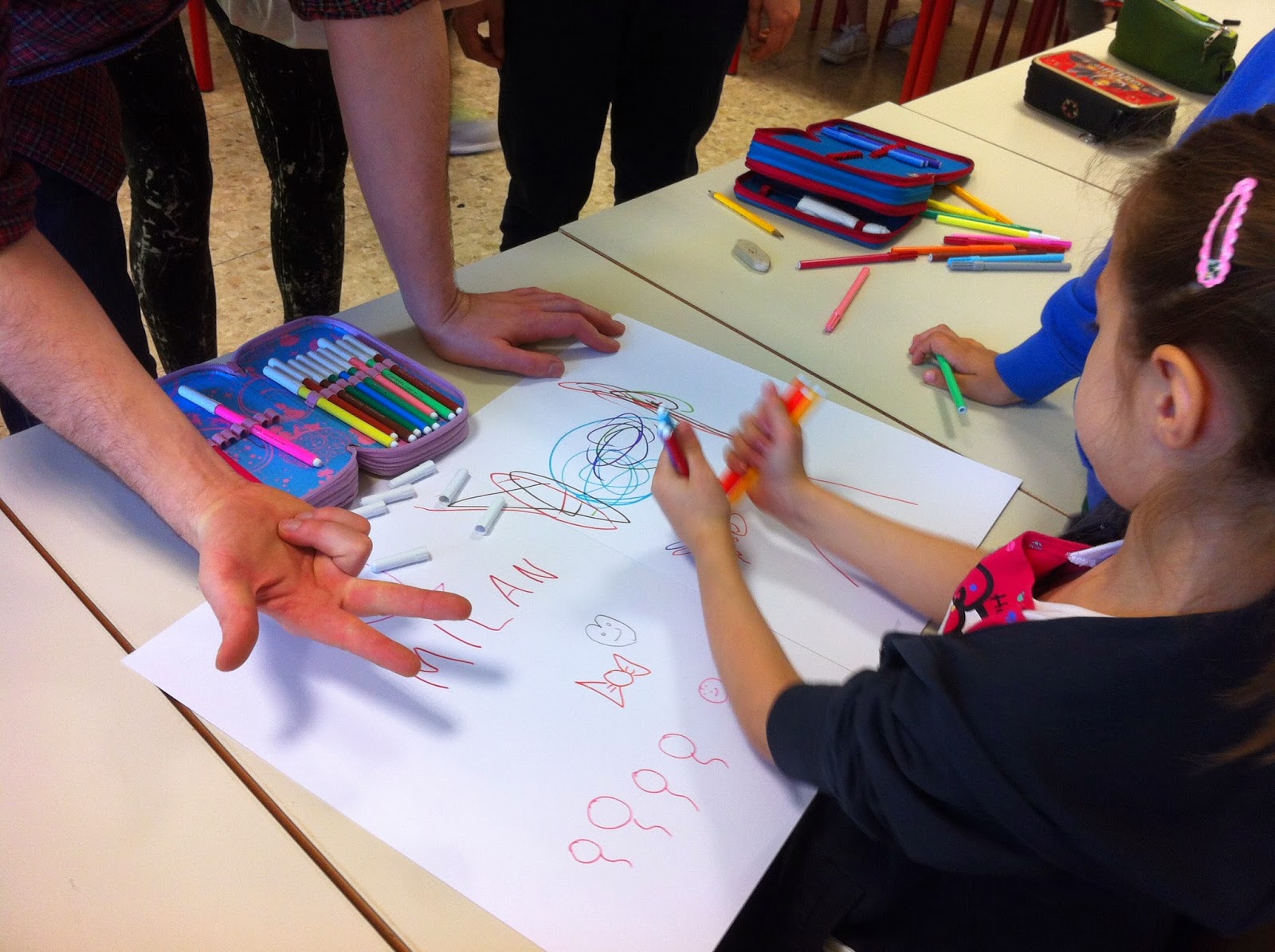 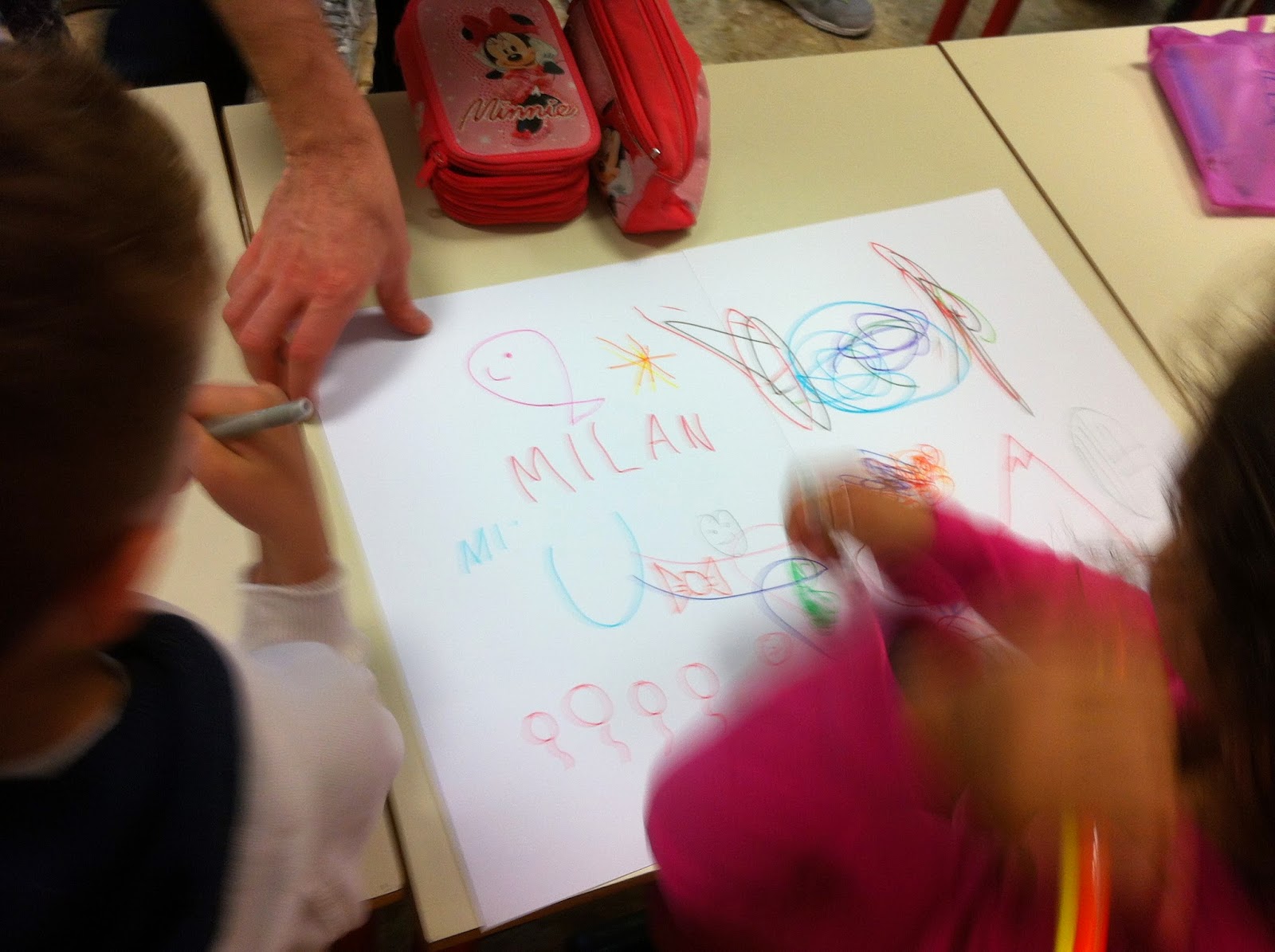 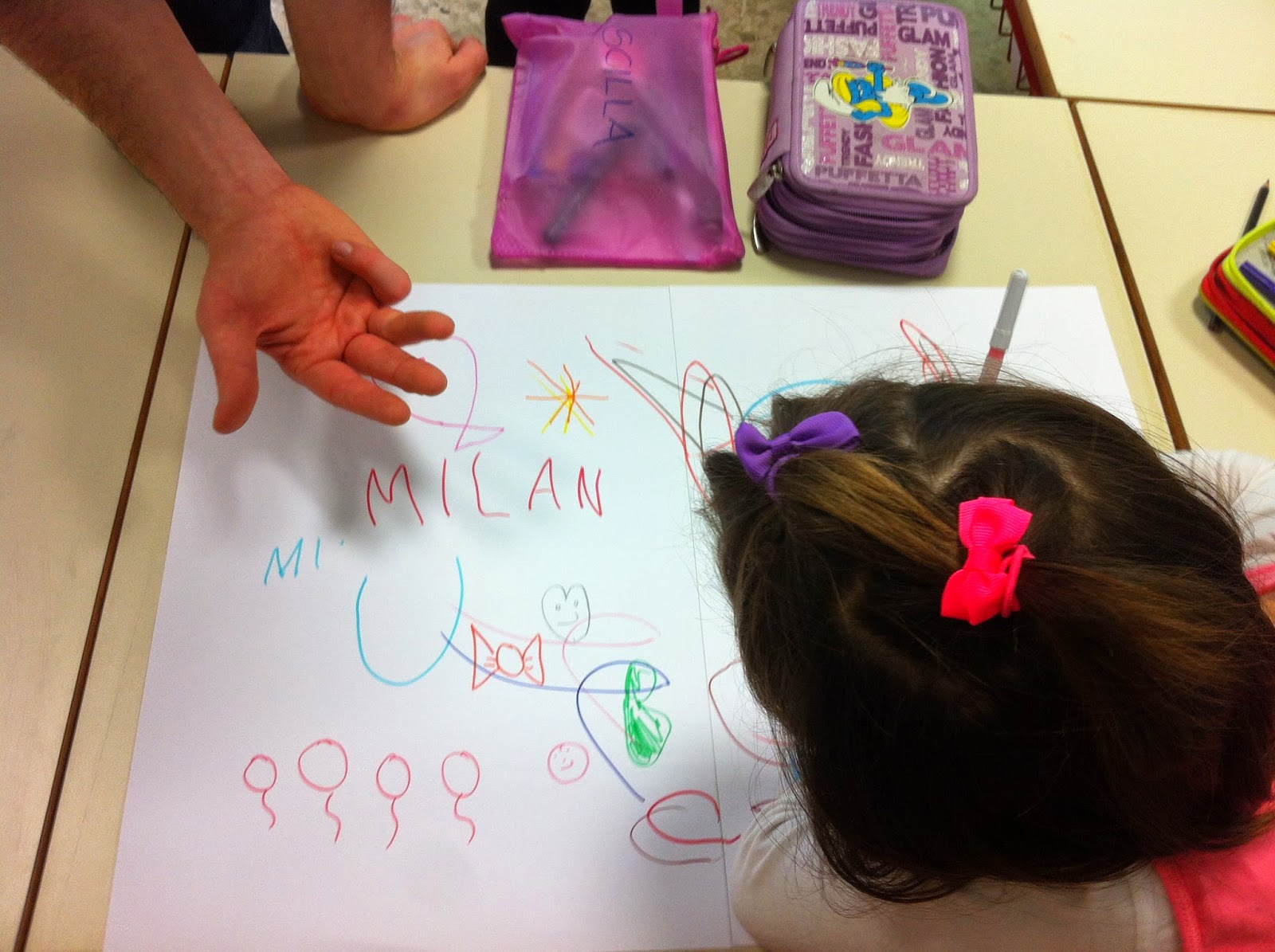 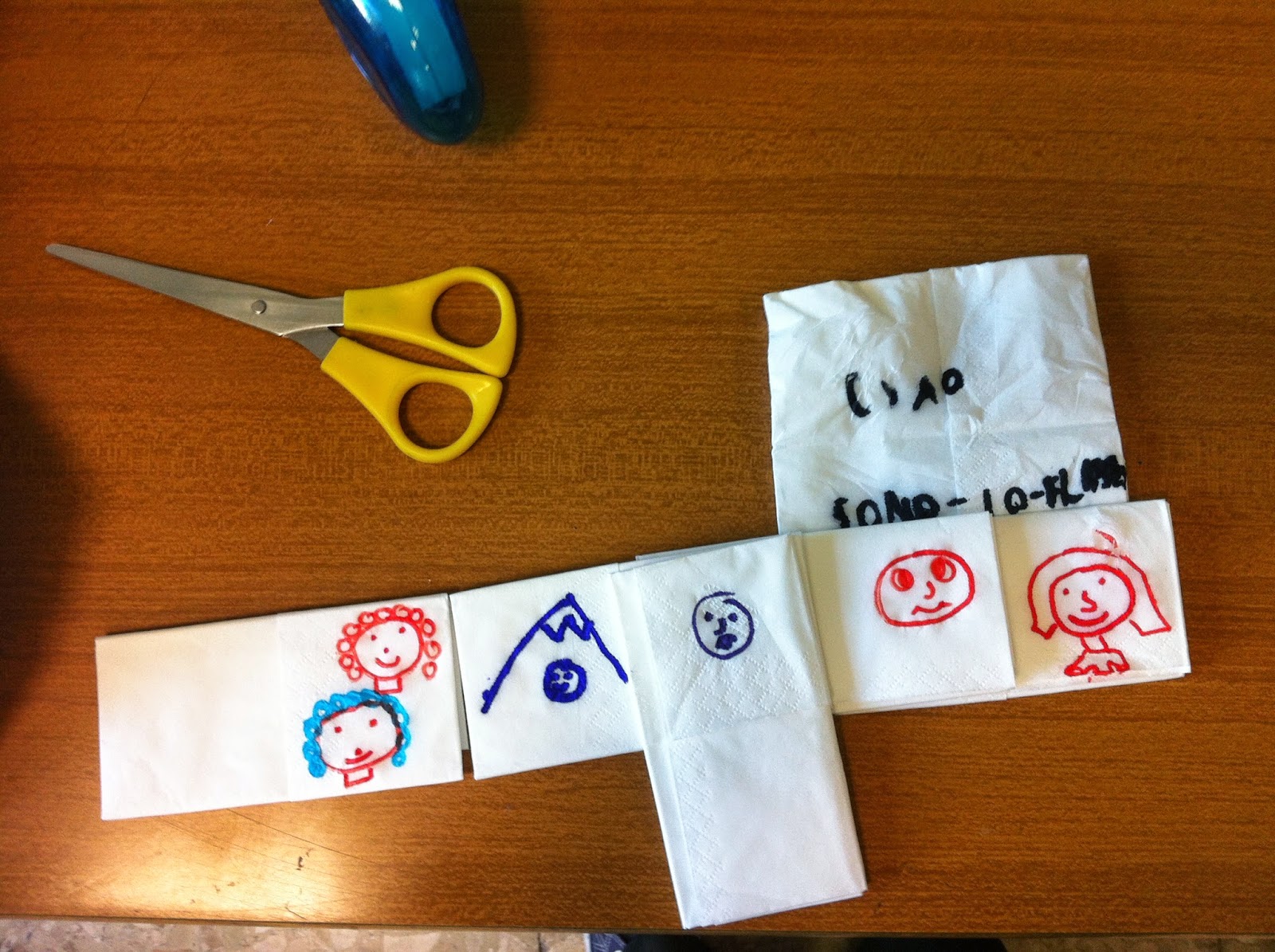 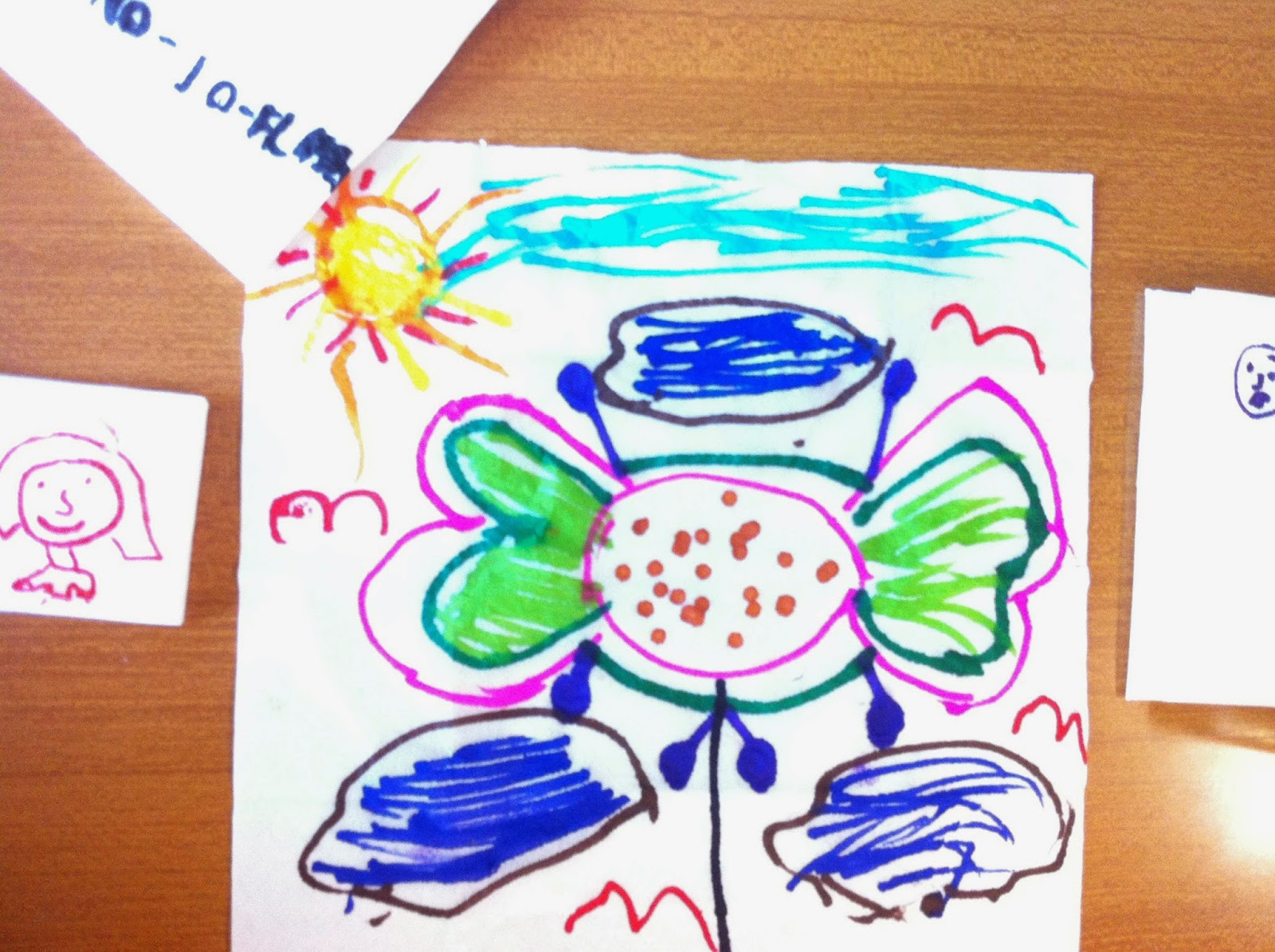 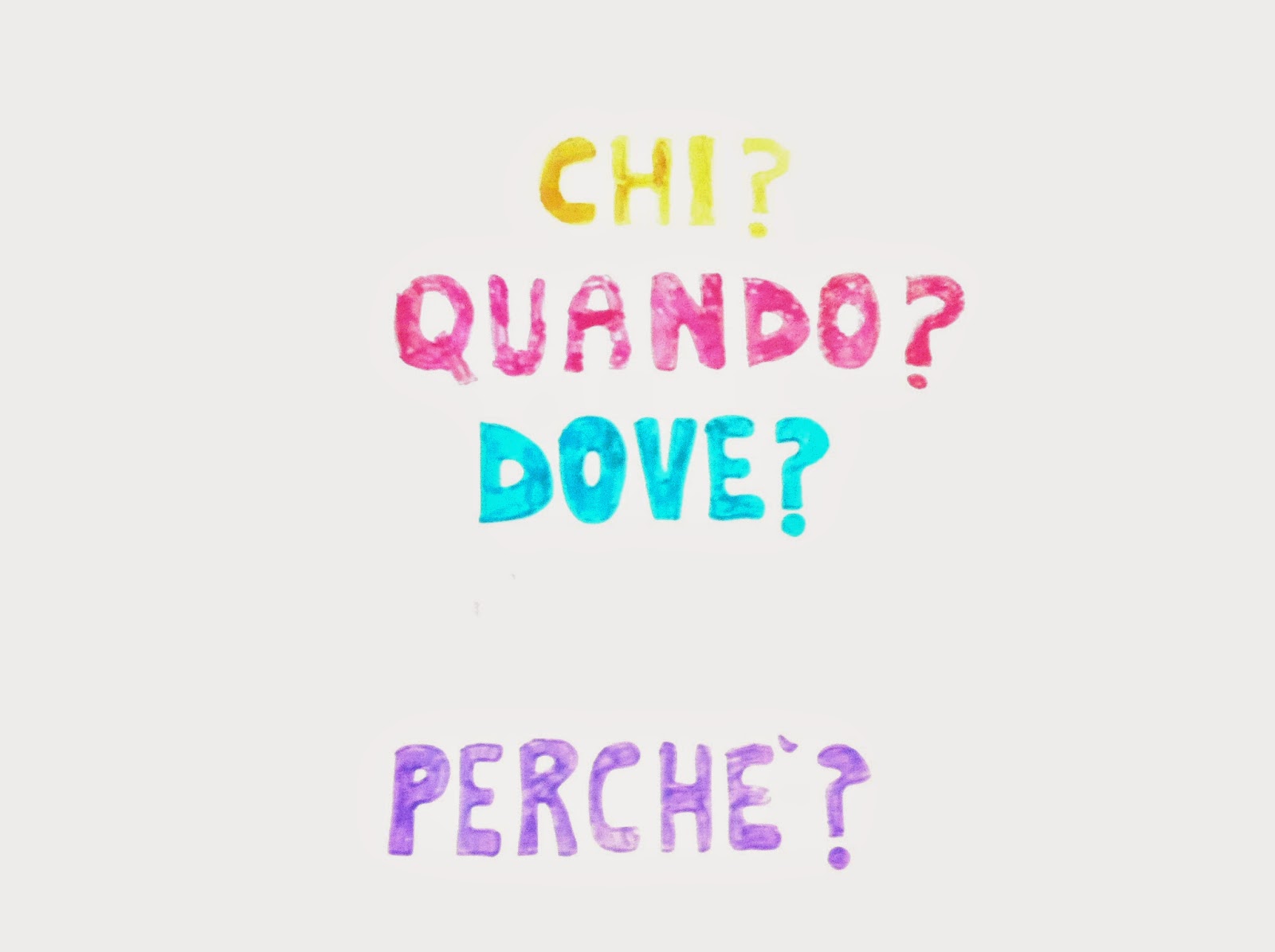 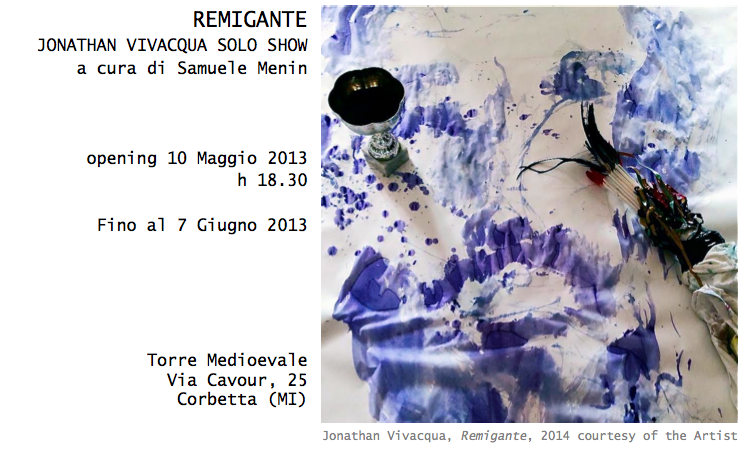 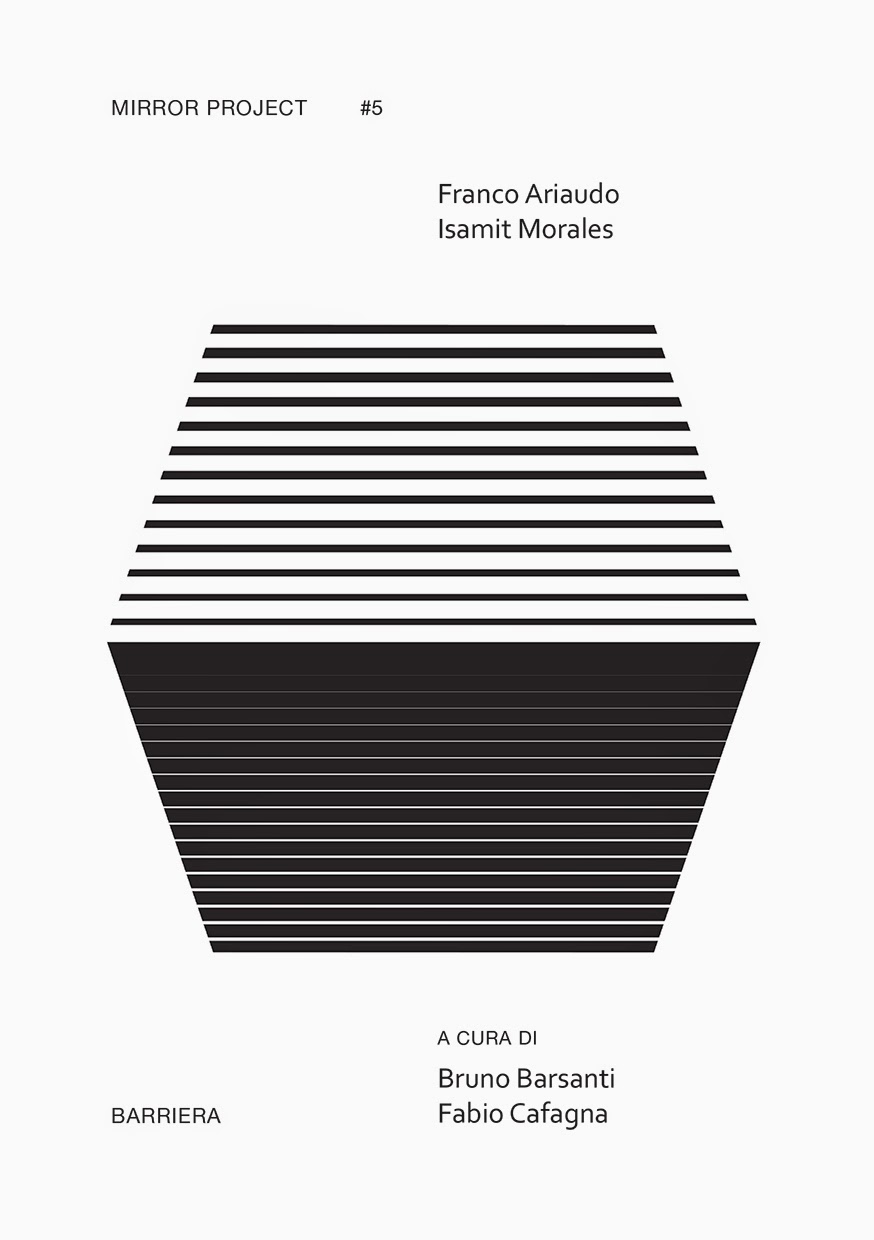